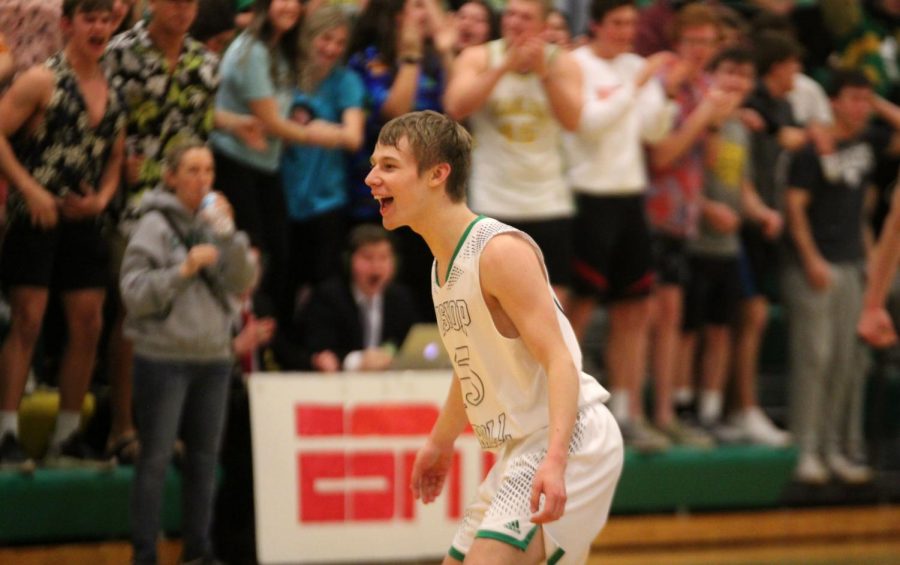 The Golden Eagles began their 2020 campaign going 2-0 against the now 2-3 South Titans and the 1-2 Southeast Golden Buffaloes. But the team seems to have hit a slight bump in the road with the team taking on some added adversity by absence of senior forward Alex Littlejohn.

Following the loss of Littlejohn, the team took on the impressive and dominant Haysville Campus Colts, as well as the East Blue Aces. In these two outings, the team would take on their first two losses of the season.

Through watching this game, it was clear to see that Haysville is by far the best team the Golden Eagles have faced over the course of the opening two weeks. Haysville was able to jump out to a lead early on in the contest and, despite the best efforts from the Golden Eagles, Haysville just would not let up. It seemed like every time the Golden Eagles would put together a handful of successful offensive possessions to attempt to cut into the lead, Haysville would swiftly respond with some quick shots that would negate the aforementioned Golden Eagle possessions. Despite the unique challenges that this team presented, it is hard not to imagine how different the outcome could have been if Littlejohn would have been able to be out there.

The leading scorer for the Golden Eagles was senior guard Enrique Lankford, who was able to put up a total of 23 points by the end of the night while shooting 44% from the field. But not too far behind him was senior Preston Rotinghause with 19 points from inside the paint. Carter Reid was also the third leading scorer of the night with 15 total points.

Unlike the matchup against Hays, the week two matchup against the 3-1 Blue Aces was much more of a highly contested matchup between two high powered teams. Both teams were playing each other extremely close, with neither team giving each other the edge. But the main aspect allowing the Blue Aces to pull ahead was the fact that they were able to consistently outscore the Golden Eagles by a handful of points throughout the first three quarters. Despite this fact, the highest amount the Golden Eagles were outscored was a measly four points in the third quarter. This small number puts into perspective how closely contested this game was throughout the night.

The Golden Eagles have a long Christmas break ahead of them that will keep them out of action until Jan. 5 against West. This will no doubt be beneficial to them as they will be getting senior Alex Littlejohn back just in time for the teams ensuing 10+ game stretch. Despite the team’s previous two losses, I expect this team to bounce back in a huge way after the break in route to a long winning streak. Putting them in prime position for the playoffs.

Coach Dominick on how his team is looking to bounce back after this week’s pair of close losses:

“We have had some controversy which is not always bad.  If a team is invested in their team they can learn so much more from a loss than easy victories.  Missing Alex did hurt but we still had enough talent to win the two games we lost.  Watching tape and taking ownership of our mistakes should go a long way in correcting the problems that led to our defeats.”

Coach Dom on what we can expect from his team coming out of the break:

“We expect to win the remaining games on our schedule.  That is a tall order but that is our goal.”