Flyer sports editor says BC should bounce back against Great Bend 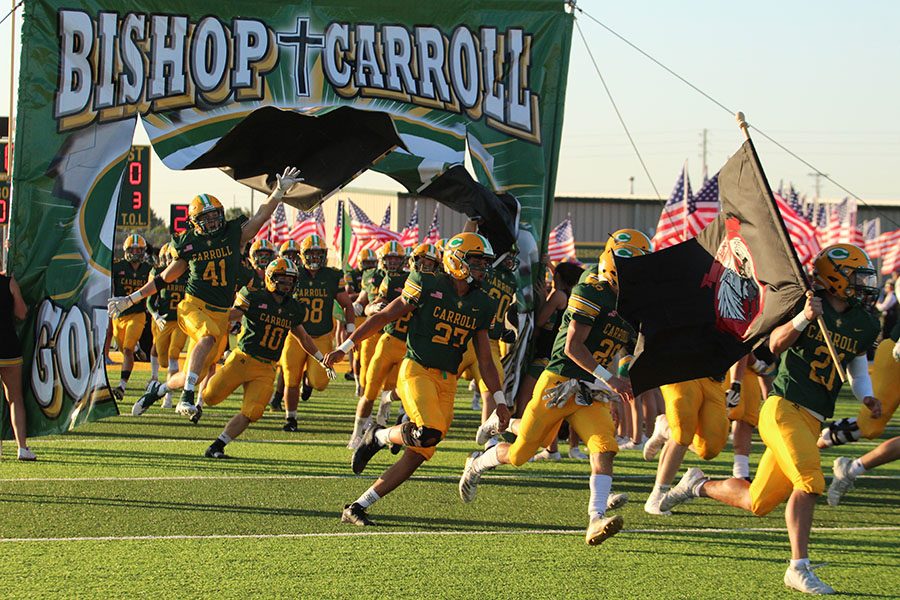 After losing to powerful Derby, the football team will host Great Bend on Friday.

DERBY VS BC RECAP

Overview:
A week after running through the West Pioneers 34-7, the Golden Eagles (ranked ninth by the Eagle) fell short vs the Derby Panthers (first by Eagle) on Friday. The Panthers were able to continue their momentum that they began mounting at the beginning of the season. The Golden Eagle defense was able to hold the Panthers’ high-powered offense to only 21 points, while the Eagles’ offense was not able to punch a score into the end-zone against the stout Derby defense.

Golden Eagle Offense:
The Golden Eagle offense had a very difficult time moving the ball against the Derby defense. The offense also had a hard time containing the Panthers defensive line, which seemed to be able to contain the high-powered run game that the Eagles possess. The offense, led by QBAiden Niedens, will look to bounce back against Great Bend this next week.

Golden Eagles Defense:
The Golden Eagle defense, led by Coach Nance alongside standout senior safety Dalton Nichols, looked well prepared to contain the Derby Panthers explosive offense this week. The defense was one of the few bright spots for Carroll. A week after Derby scored 35 points in the first quarter against the Newton Railers, the Golden Eagles were able to hold Derby to just 21 points on the night. Safety Dalton Nichols was able to lurk in the back of the defense and come up with a beautiful first quarter interception. The defensive performance from junior safety Cade Gatschet cannot go unnoticed, as well as senior Phoenix Smith (DE), who did a tremendous job at setting the edge on Friday; that, in turn, helped contain standout running back Tre Washington throughout the majority of the game.

Derby Panthers:
The Derby Panthers continued to look like their dominant selves on Friday night. Led by a noisy and enthusiastic home crowd, the Panthers were able to shut out the Golden Eagles. They continued to show why they are the favorites to come up with the state title this season.

Going Forward:
The Golden Eagles are going to be going up against the Great Bend Panthers on Friday on their home turf. This will serve as a bounce back game for the Golden Eagles, after a rough game against Derby. Look for Carroll to win big this Friday Night.