‘THE CHERRY ON TOP’ 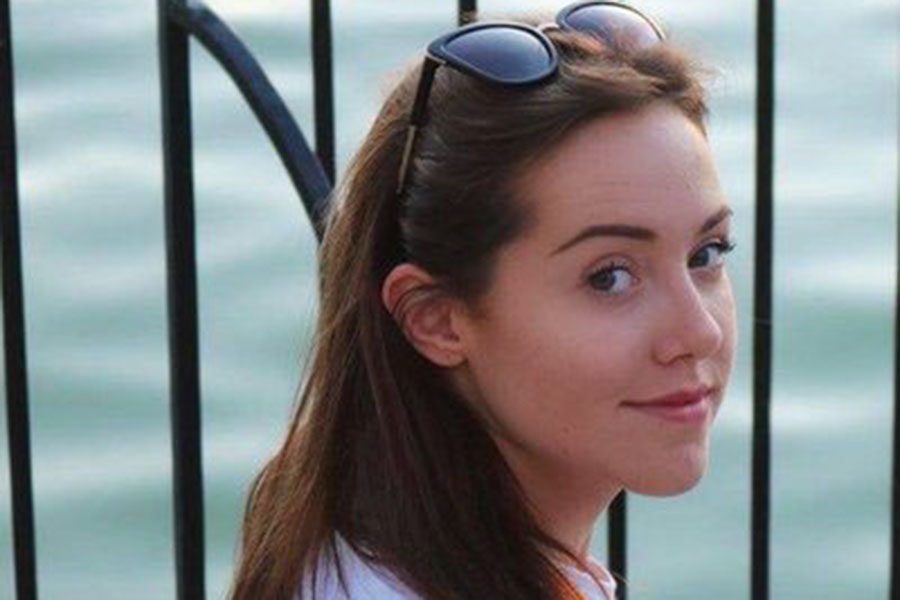 Lara Korte, a 2015 graduate and former editor of the Flyer school newspaper, contributed to a series in the “Cincinnati Enquirer” that won a Pulitzer Prize.
Korte was an intern at the “Enquirer” and worked on the newspaper’s coverage of local drug abuse called “Seven Days of Heroin.” The story won the Pulitzer in the Local Reporting category.

“I loved working at the ‘Cincinnati Enquirer’ and seeing them win this award was just the cherry on top of a great internship,” Korte said.

Korte was a member of the Flyer staff for two years. As a senior, she was co-editor with Aubrey Burgess and helped the staff earn All-State honors from the Kansas Scholastic Press Association. After leaving Bishop Carroll, she interned at the “Wichita Eagle” and served as editor of the “University Daily Kansan” at KU.

“It’s no surprise seeing Lara do great things in journalism,” Bishop Carroll newspaper adviser Kollen Long said. “She had great skills in all the important areas, but what always set Lara apart was her great passion for journalism and a belief in the difference it could make. Journalists get a lot of negative attention these days, but young professionals like Lara give hope to the industry.”

More than 60 “Cincinnati Enquirer” staff members, including Korte as intern, worked on the special project. “The project’s goal was, in essence, to spend seven days documenting, in real time, the heroin epidemic that was ravaging the Cincinnati region and northern Kentucky,” Korte said.

Korte had a key role in the coverage: compiling the daily statistics involving heroin abuse for seven different counties in the region, such as overdoses, deaths, arrests and children born with heroin addictions. It was a daunting task, but well worth the effort, Korte stressed.

“I spent about three weeks just making cold calls to these government offices to figure out who collected the data, how they collected it, and if someone was willing to send us numbers every day for that week so we could figure it into our totals for the story,” Korte said. “It was extremely messy data, and tedious as some points. Even after the week was over and we had collected the data, it took time to sift through it and make sure we were comparing apples and apples.

“But here’s the payoff: By the end of the project, we had an accurate insight into just how bad this epidemic was. We were able to see that in this one week, there were 18 heroin-related deaths, 200 people in jail, and 15 babies born with heroin-related medical problems. And you could break that down day by day.”

The Pulitzer Prize was announced on Monday, and Korte received plenty of congratulations via social media.

“It was super exciting to see the hard work of the Enquirer pay off by winning the Pulitzer Prize. It’s important to remember that while this is great recognition of the journalists, it’s more important that the ho
rrors of this epidemic have received attention.”