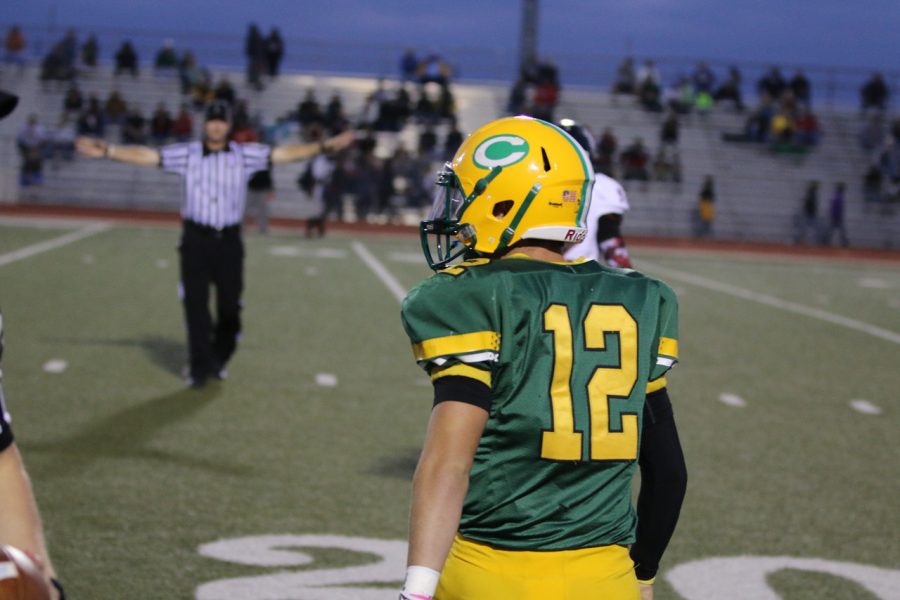 Braden Howell will take the field one last time today.

Hope everyone was able to spend time with friends and family over the past week. But, today is all about football. That’s right, Bishop Carroll went into the (literal) Lion’s den last week in Goddard and won the prize of playing in the coveted final game of the year. Carroll’s opponent is one that is all too familiar, seeing that the two schools often meet in postseasons of various sports. This game should be a gritty affair as both teams have had to grind through a grueling season to get to this point. Last week, Braden Howell had to rely more heavily on his legs than he did his arms but proved to his critics yet again, the dual-threat ability he possesses. Carroll also has a very strong front eight on defense that put pressure on the Goddard offensive line causing them to commit silly penalties throughout the game. As for Aquinas, look out for the flexbone offense led by quarterback Will Swanson and running back Cameron Jackson. Together the two have contributed to Aquinas’ six consecutive games in which the offense has put up forty-two points or more. Aquinas relies heavily on its offense to put up big numbers, but its defense can also pose a threat, intercepting two-time defending champion Mill Valley three times last week.

This game will come down to which team has the most left in its tank. On paper, that advantage would go to the incredibly deep Bishop Carroll team but, the only way to tell is by the play on the field. If Carroll can stop Aquinas’ potent rushing attack and get some touchdowns early, then Carroll will win the game. SCORE: BC 28, STA 17