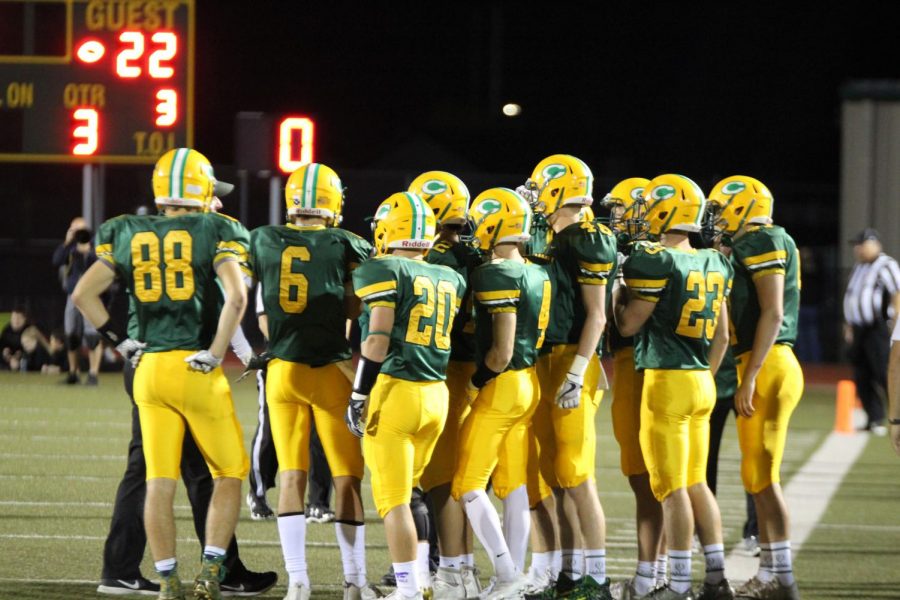 Come out tonight, as this could be the senior's final game at home

Another week and another playoff football game. This time the Golden Eagles take on the Eagles of Maize High. Both teams are coming off impressive blowout victories last week against two respectable City League teams in Kapaun and Heights. Maize’s defense really turned some heads last week, shutting out the high octane offense of Heights for the final three quarters. Led by Antonio Espinoza, the Eagle’s defense should pose a formidable threat to Braden Howell and the rest of the Carroll offense, as they held Heights to only 164 yards of offense last week. But, as its 9-1 record would suggest, Maize also has a good offense that is led by junior quarterback Caleb Grill. Grill turned in a 17-29 187 yard performance which included three passing touchdowns, two of which went to wide receiver Preven Christon. For a Carroll victory, it will need to be sharp on defense and prevent the Grill-to-Christon combination from going off for multiple big scoring plays.

Both teams enter the game 9-1 but somebody will go home. Maize has the offense capable of holding its own if the game becomes a high scoring shootout, but, its passing defense has yet to face a quaterback like Braden Howell. Expect tonight to be a fun game with plenty of scoring to go around. SCORE: BC 52, Maize 45