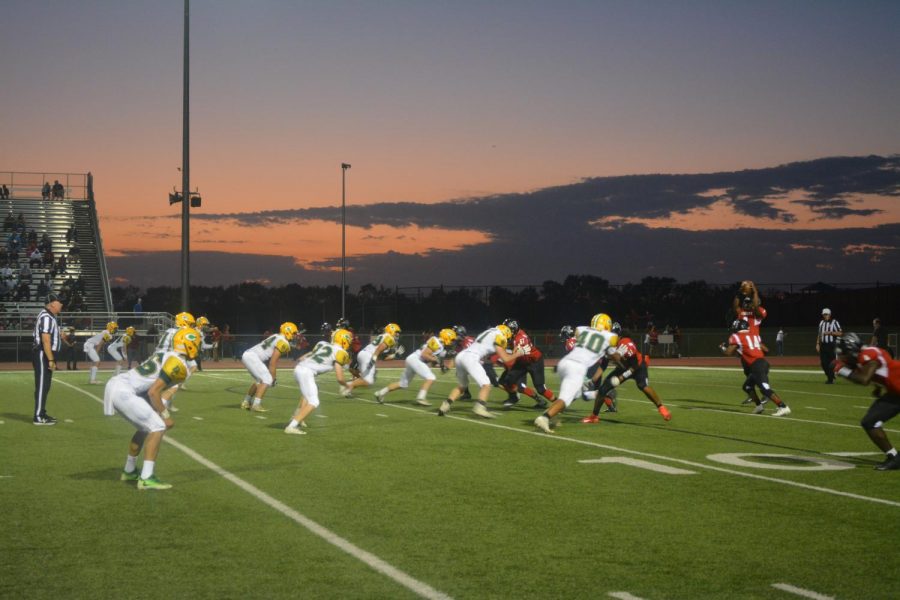 Holy War time. Again. For the second time this season, Carroll and Kapaun are facing off in football, but this time, the loser goes home. Last game was a tightly contested game that resulted in a 30-22 Carroll victory. However, Kapaun did have a lead for some time last game and with a few injuries to Carroll, that should play a factor. The main story for this game is the running backs. For Kapaun, a record-holder in Nick Channel will pose a huge threat once again for the Eagle defense. As for Carroll, Jackson Nichols is coming off an impressive six touchdown performance against Ark City last week. But, while both teams will be focused on the other’s run game, the game could be won by whoever has the best night passing. On paper, Carroll has that advantage with quarterback Braden Howell and the array of wide receivers at his disposal. Unlike last game, the wind will not be as big of a factor, which should allow for a more high octane match-up.

Expect another classic to be in the works tonight as both teams try to survive and advance to another week of playoff football. Despite the injuries, Carroll has rebounded quite well and should be fully ready for the Crusaders tonight. SCORE: BC 49, KMC 38