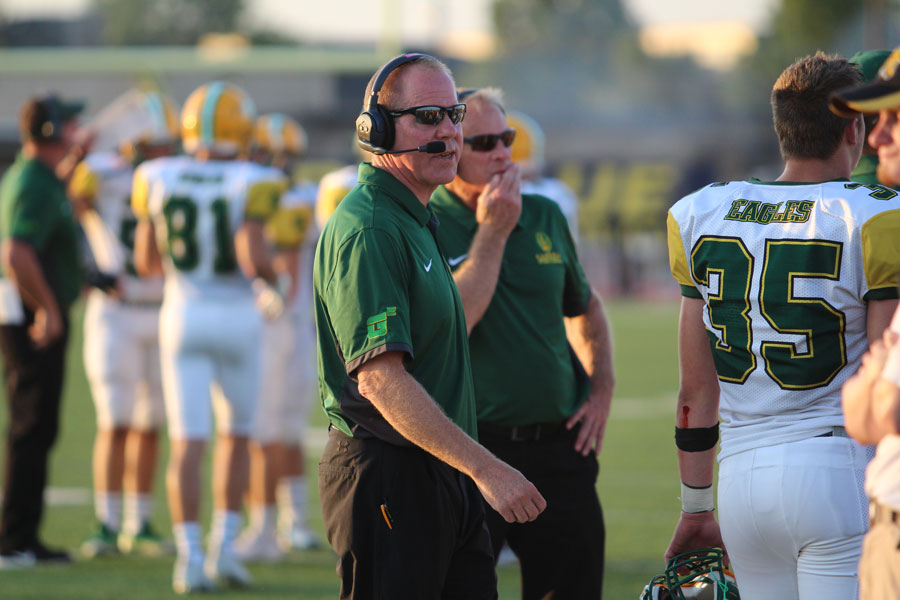 Coaches Trail and Blanton Strategizing during the Northwest Game

Another week has come and gone and, with it, another win for the Golden Eagles on the football field. Now, the Eagles will roll into Carpenter Stadium and play the East High Aces. East is a team looking to make a name for themselves under third-year head coach Bill Coffman and will be looking to create flashy plays for its dynamic athletes at running back and wide receiver in Blazer Snell and Kyrice Wesley. This will be a tough task for East since it lacks an offensive line capable of containing the Eagles’ well-respected defensive line. Offensively, Braden Howell and Desmond Smith will be looking to test the depth of East’s defensive front.

Braden Howell: “Even though neither team will be at their home stadium I still think we will have the advantage because of our awesome fans that always come out to support us.”

While East looks to be heading in the right direction, the Aces just do not have the depth or identity that makes schools respect them as a power-house. As like last week, Carroll should have their way both on the ground and through the air and will also look to put in some underclassmen to protect the health of the starters and give them some experience in games. Score: BC 49, East 17